In late August 2016 I got the assignment to design a 16 hectare (40 acre) zoo. This zoo was going to be situated near the city of Nijmegen in the Netherlands.

The client asked for an innovative zoo that stand out of the other ones situated in the Netherlands. I thought, why only Netherlands? Always shoot big and for this zoo it means that it should go for international fame! With that in mind I designed a zoo which contains a stylized landscape of the four basic climate area’s in the world. 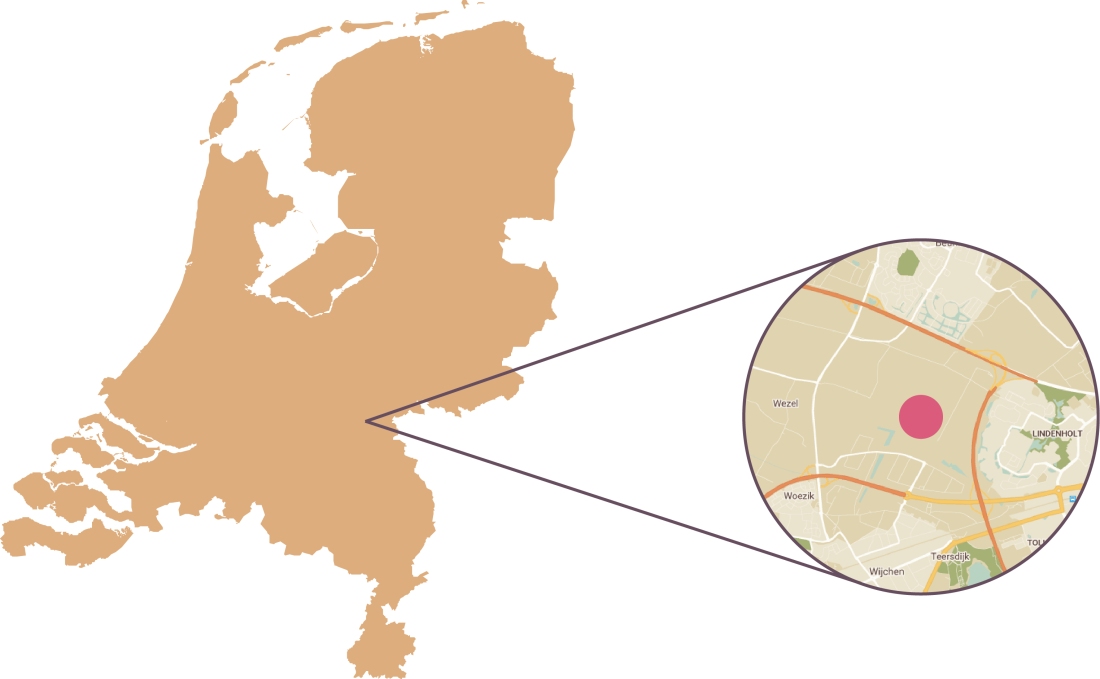 From L to R: Mass and Space, Parcels and conclusion

The conclusion is that there are many of big spaces in the area and the parcels are mostly straight lines. The forest where the zoo is situated is a barrier between the east and west.

The concept for the zoo is the Mobius band. When you make the Mobiusband from paper and cut it twice lengthwise, it creates four bands that interlock at the centre. I found that this is an interesting shape for the zoo. When the shape is translated into a pathway it creates a circuit and an clear main path for visitors to follow. The designs reaction on the surrounding landscape can be broken down into three scales. In the biggest scale the zoo compliments the size of the existing forest, by joining its size.  In the middle the forest is a bit more open, so people can peek into the landscape. The second reaction is on the straight lines that were concluded in the parcelmap. The addition of curves gives the zoo something extra that the surrounding does not have. On the final level the straight lines and curves are implemented to create the zones, and every zone has its own characteristics. 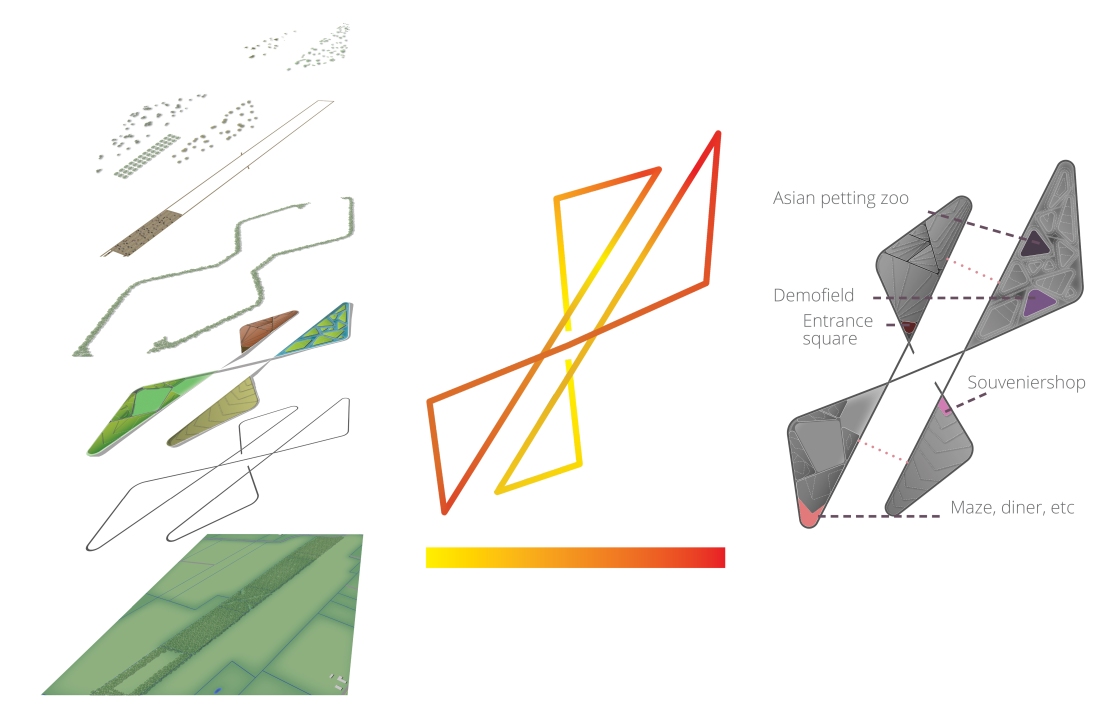 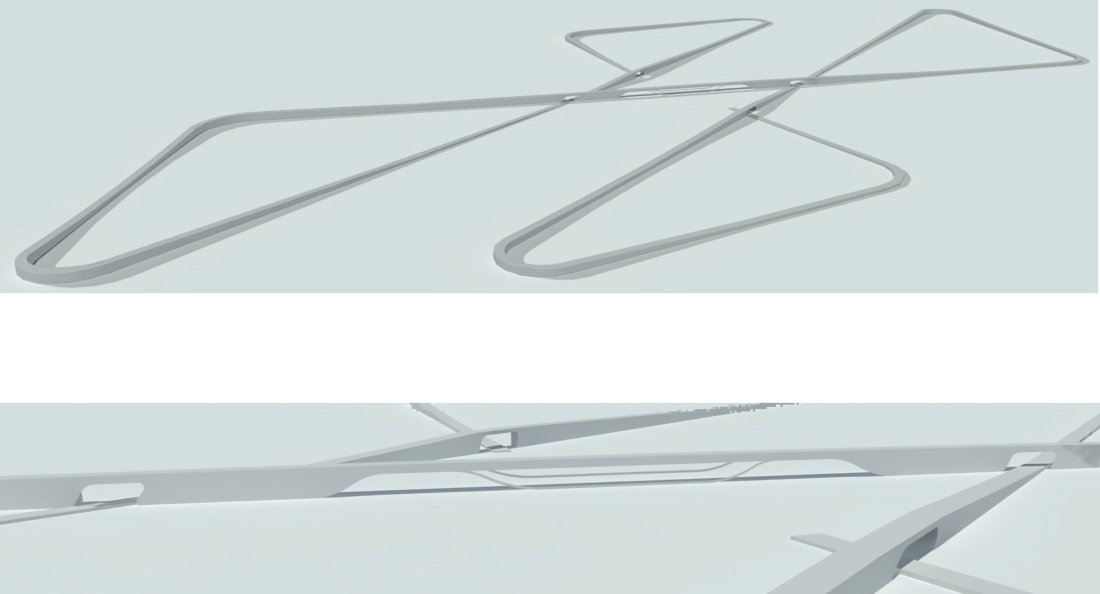 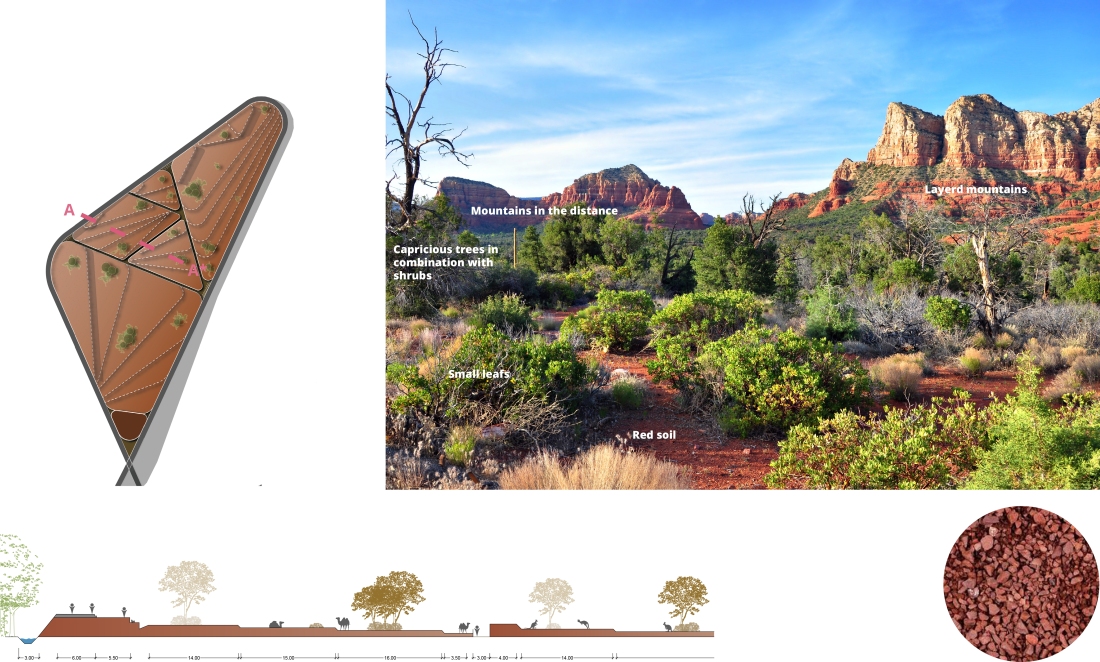 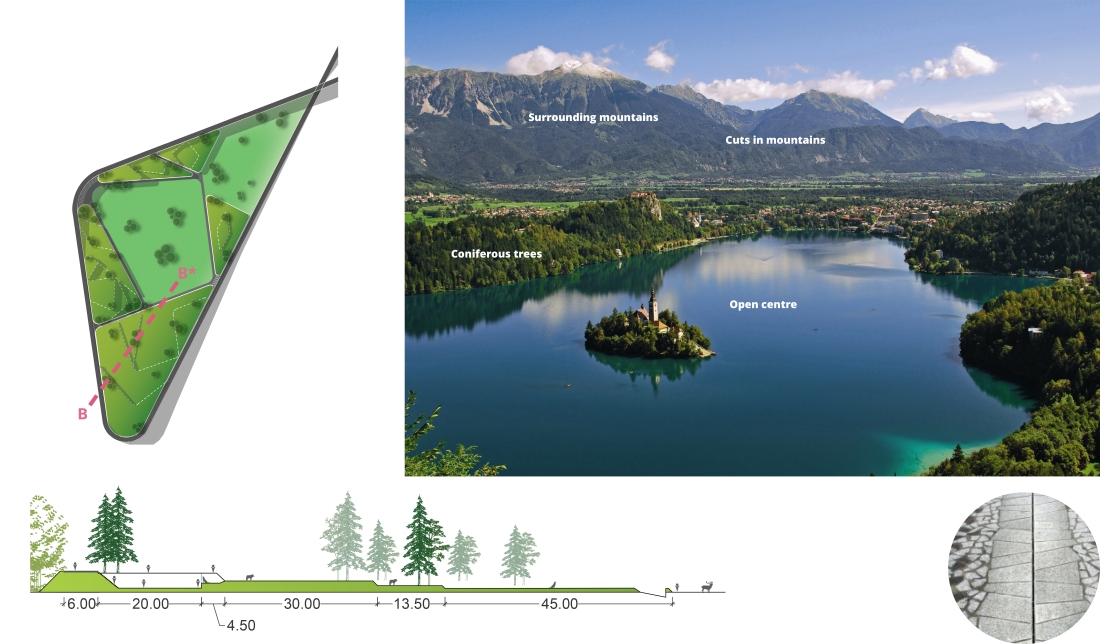 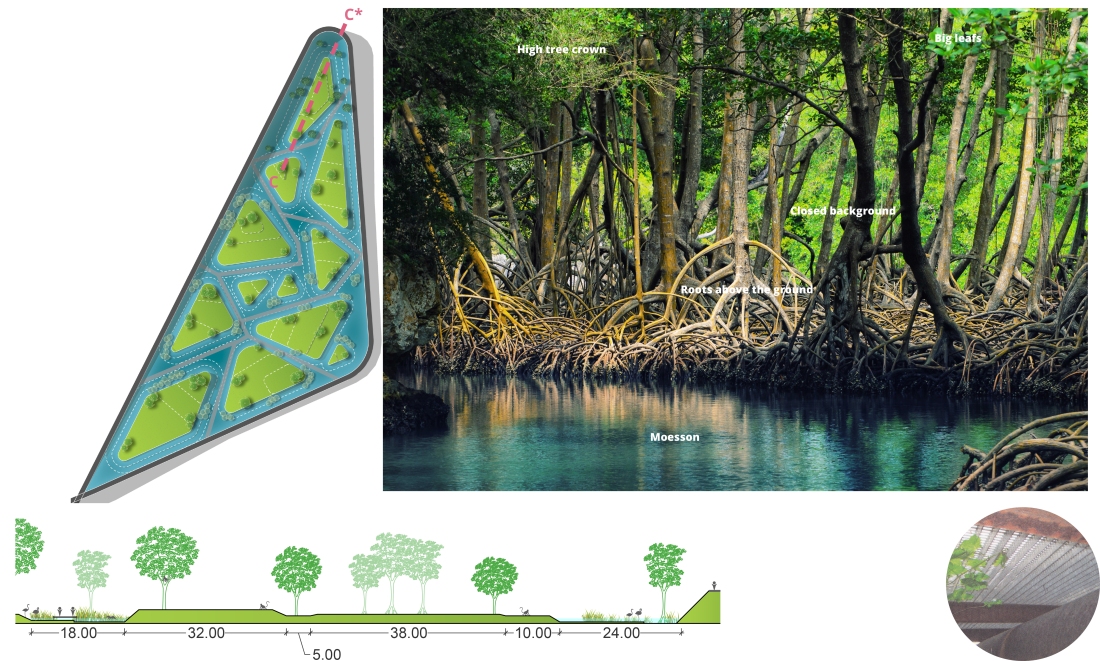 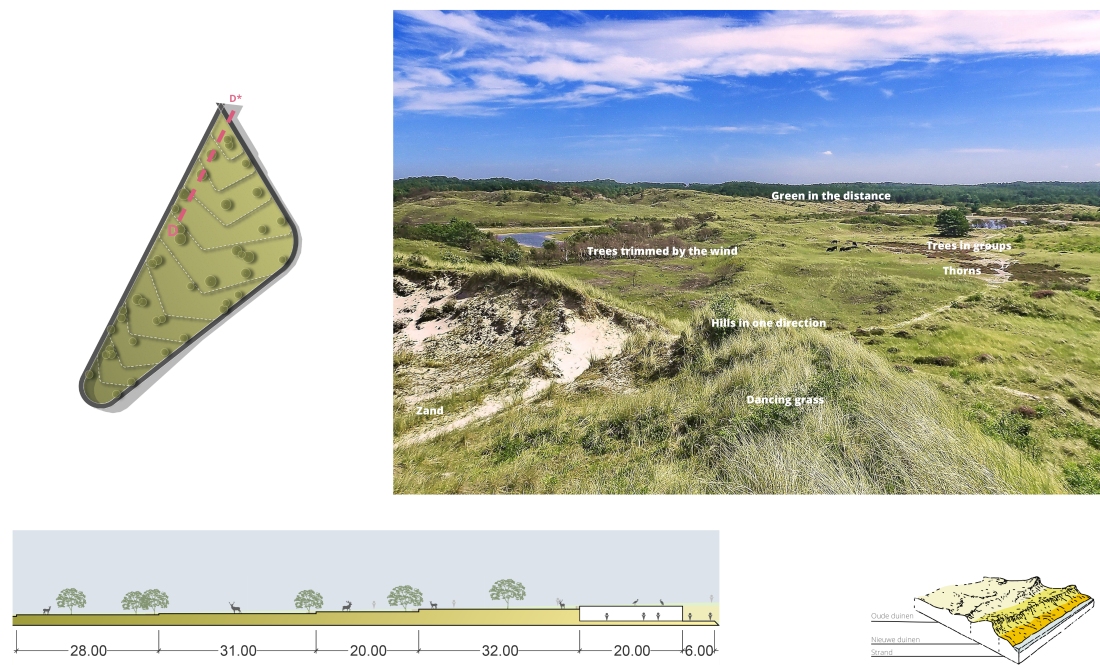 These images show the reference images and the way they are applied in a stylized manner. 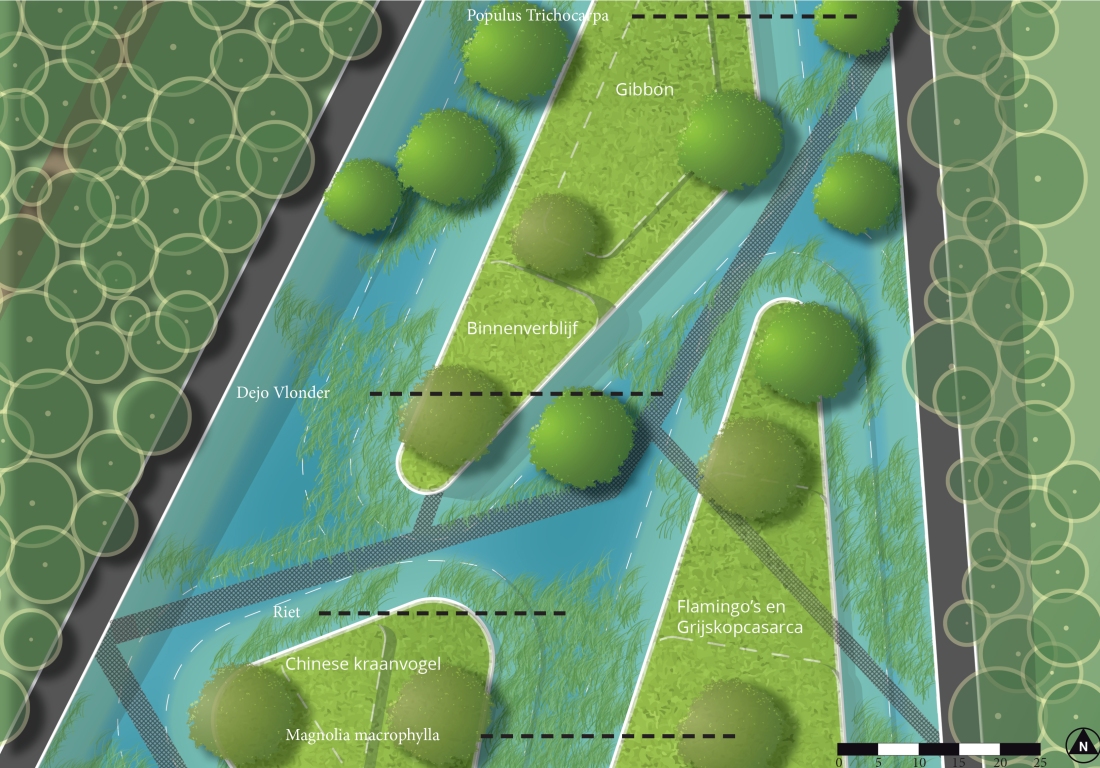 Vegetation in and around the forest

The middle section of the forest is being thinned out so it connects more with the surrounding landscape. This can be seen in the left picture. In the right picture you can see the difference of vegetation being used in the stroke surrounding the zones. Where the dike is higher more trees are planted. This closes off the zoo for the visitors and points the attention towards the zoo instead of away. The stroke uses the same vegetation as the forest, so it creates a even image while looking from the outside. 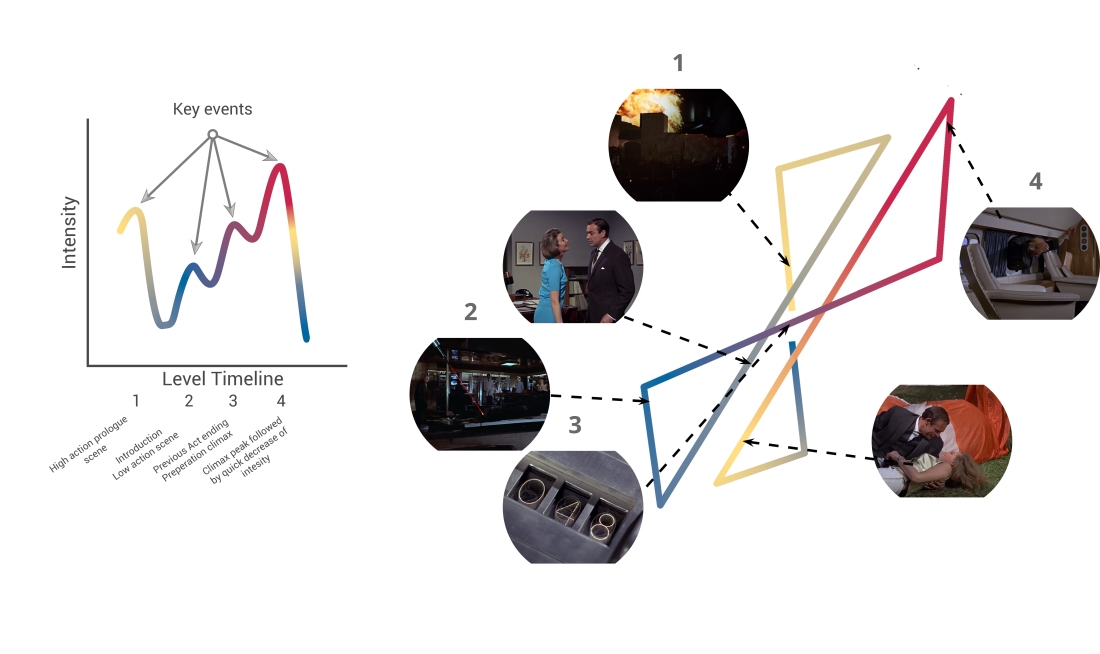 When  applying the pacing of blockbuster movies there is a buildup to the climax which is situated in the tropics. The first key event shows a high action at the entrance. Here people are made excited for the rest of the zoo. While heading to the second key event people get briefed about the zoo . At the second key event there are big stairs where people get an overview of the land zone. While crossing the bridge you get to the third event. Its movies its known as the preparation to the climax. The final key event shows a dutch mangrove forest with a lot of water and height differences which is a spectacle for the eye. Moving from the climax to the dune zone the intensity rapidly decreases and the experience comes to an end.