This was just a quick conceptual design of a bridge I had in mind. The idea is that the bridge is only accessible for bicycles and pedestrians. Under the arch of the bridge there is room for bars and restaurants. 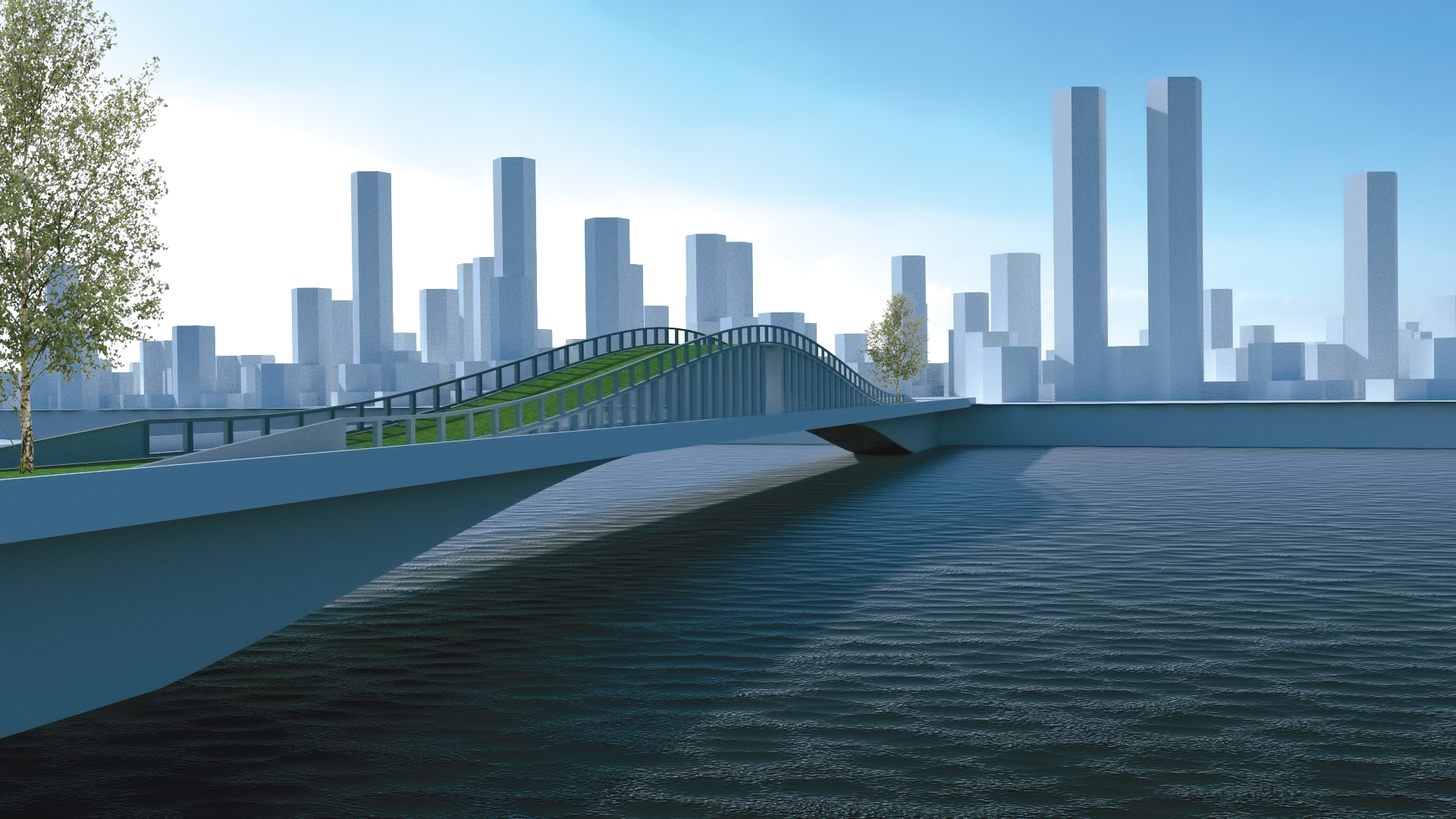 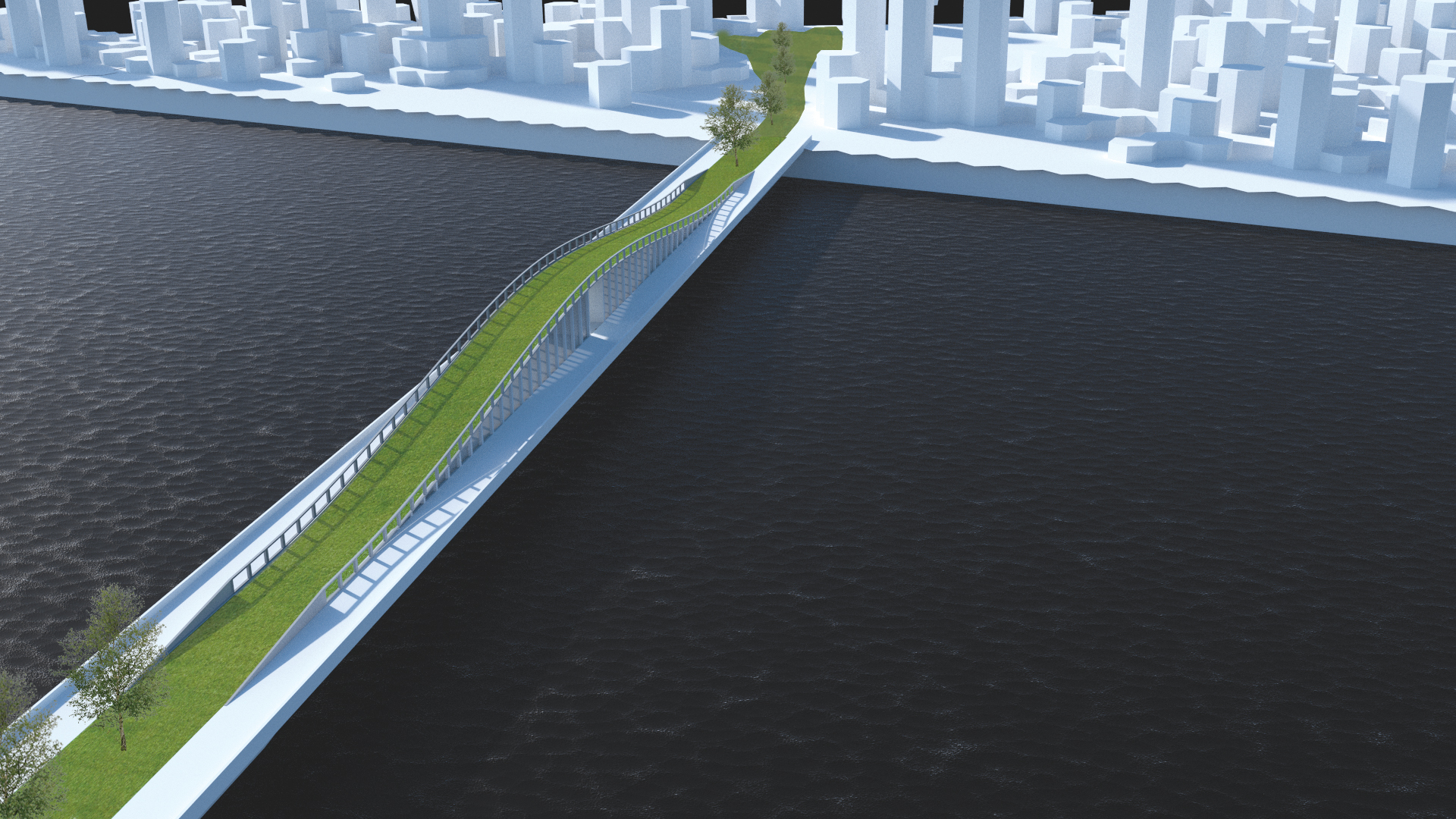 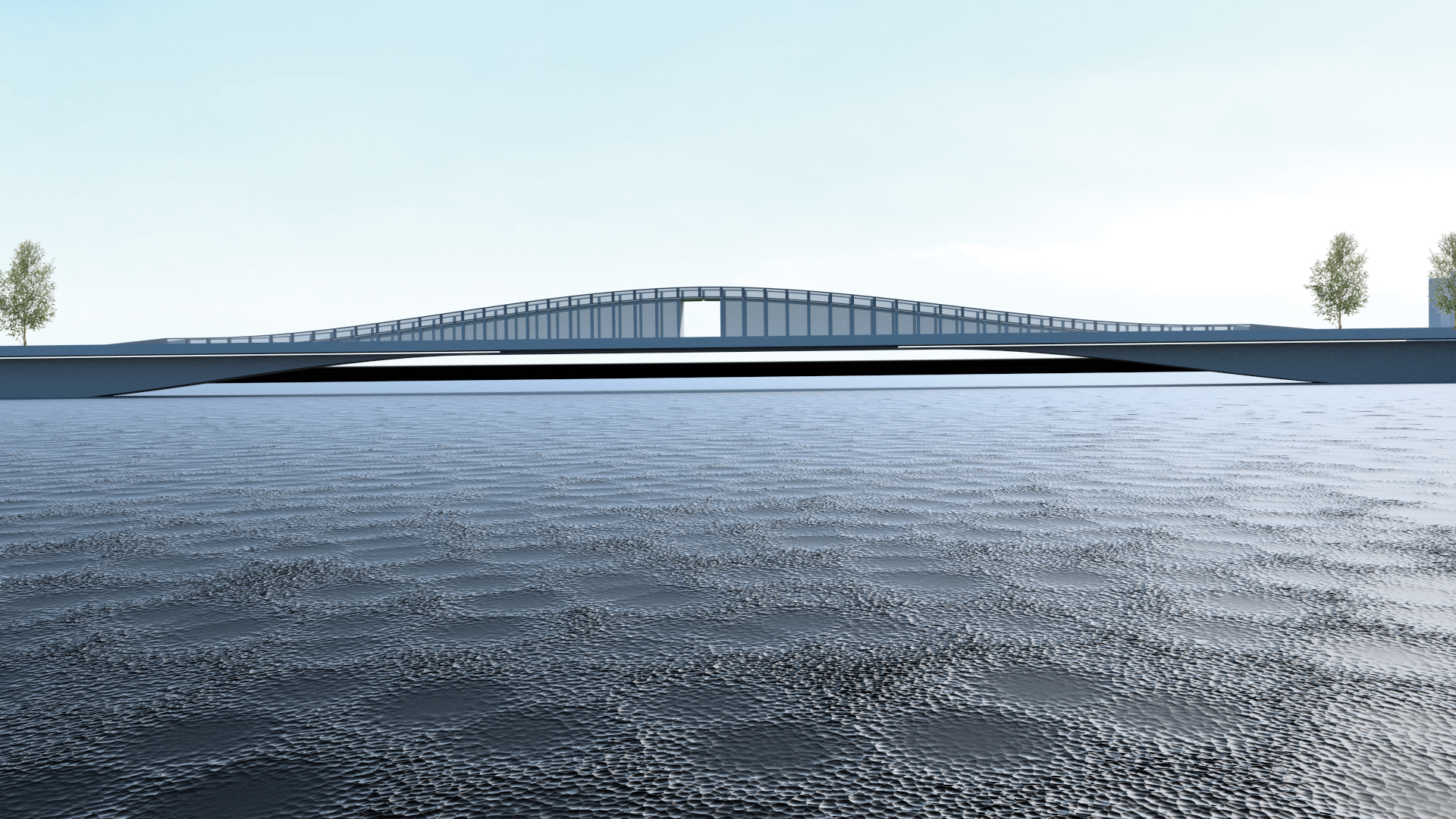 With this visualization I tried to implement some concepts used in the bridge industry. The roof of this building is very thin and hangs on the cable which is connected to the pole. It is based on the bridge in Seville designed by Santiago Calatrava.